FEEDS FOR MODERATELY ACTIVE AND LEISURE HORSES CONTAINING AN INCREASED AMOUNT OF FIBRE?

Energys® FIBER feed was, as the name implies, created as a feed containing an increased amount of fibre for moderately active and leisure horses.

Fiber muesli mainly contains a high percentage of chopped hay. Chopped hay is a substantial source of fibre and consists of the chopped stalks of forage crops (grasses, young grasses or alfalfa). Fibre in the form of chopped hay is the main ingredient in FIBER feed and ensures sufficient saliva production and chewing of the feed ration and leaves the horse feeling sated. Grass stem fibre is less digestible and is digested in the large intestine of the horse’s digestive system by fermentation by microorganisms. The horse’s large intestine is like a fermentation tank where colonies of precisely defined and represented microorganisms (protozoa, bacteria, yeasts, etc.) ferment the polysaccharides contained in bulk feeds. This is why FIBER is mainly a supporting feed for less active horses, for older or school horses. It does not contain oats, so it can also be fed to horses who are unable to concentrate as well, are more restless and excitable after eating oats. Another source of fibre is wheat bran and sunflower extraction meal.

Molasses is added as a source of saccharides and is only used as a flavouring and binding agent in small quantities.

Grains, particularly corn, which there is a large percentage of in FIBER, supply the horse with slow-releasing energy for moderate and leisure activities. Corn is also an excellent conditioning feed and is capable of keeping horses who work less often in good physical condition.  Other grains in this feed include barley, young wheat and spelt wheat, which is a very good feedstuff for horses. Spelt has more fibre, minerals and protein than normal wheat. It also has less gluten, which is used in very limited quantities in feed mixtures for horses, because it is sticky and can cause digestive issues in sensitive horses.

Wheat is included in FIBER feed after being heat processed by puffing....which is heat processing under increased humidity (approx. 18%) at high temperatures (up to 130° C) and high pressure to increase the volume of the caryopsis and softening of the starches, which results in increased overall digestibility of the grain and limits the negative properties of the gluten.

Toasted soy is the source of fats in FIBER (toasting is also a method of heat processing feeds, when legumes are subjected to a temperature of around 150°C) along with the excellent and increasingly used flaxseed oil.

A vitamin-mineral mix is a matter of course and contains a wide range of trace elements, exactly dosed at ratios that are most suitable for a horse’s physiology.

Energys® FIBER is a suitable choice for owners of leisure and school horses, who are ridden irregularly, but need their regular ration of feed every day to provide them with all the required nutrients. Energys® FIBER can also be supplemented with oats and fed to sports horses, who have a tendency to gulp their feed and need to be forced to slow down their concentrated feed intake using chopped hay. 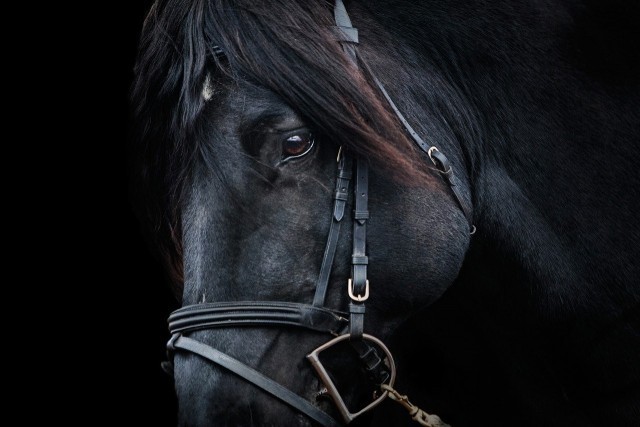 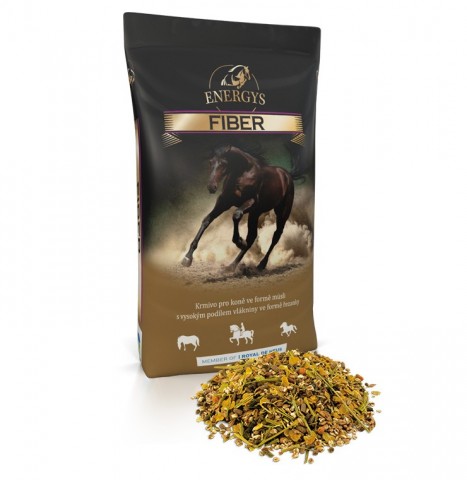